Well, Spring has finally sprung here on d20 Diaries. In the last few short weeks we saw our last snowfall of the winter, we’ve watched the sandy snow melt, and we’ve seen the grass begin to green. My children went from complaining it’s too cold, to whining it’s too hot and bemoaning the lack of prepared swimming pools all within the same two weeks. We had our first sprinklings of rain, and the line-ups for slurpees have officially tripled.

My kids are very interesting in making our planet a brighter, healthier place, so they took to our apartment’s patio at the first opportunity, insisting we spend ‘just a little bit of money’ on some potted plants.

“It will help bring back the bees, Mom!” (Thanks for that tag line, Cheerios, by the way).

“It will bring beautiful butterflies!” (which will leave their cocoons splattered all over my patio walls)

“The rabbits can eat them!” (Not a very compelling argument…)

“They are great for smelling!” (I’m allergic).

“They help us breathe. Well, maybe not YOU, Mom, cause you are allergic to EVERYTHING. But it will help everyone else breathe great!” (Fair.)

Compelling (and not so compelling) arguments aside, I always encourage my kids to follow their passions. My daughter’s embraced her love of rabbits with wild abandon, while my son carries gardening gloves and extra bags in his school backpack, so he’s always ready to clean up the litter we pass by. So, I had every intention of helping my kids do some gardening, despite how ill it was going to make me.

Well, five trips to Rona, nine pots, four tiny bags of soil and infinitely more than ‘a little bit of money’ later, and my kids have transformed our dour little concrete slab into a riot of colourful pots and flowers. They planted three pine seeds they got from the Earth Rangers. (If you don’t know, the Earth Rangers is a Canadian kids conservation organization which challenges kids to help the environment and save endangered species one mission at a time. They have a kid-friendly website, mission lists that give kids easy to accomplish ways they can make a difference close to home, rewards for completing tasks, and nature themed games and articles the kids can play or read. You can also donate or fundraise on behalf of their various missions to save endangered species, but my kids don’t do that part cause I’m a big stick in the mud. For more information on the Earth Rangers, check out their website!). We’ve also got a lovely fern, plenty of flowers and an overpriced rabbit planter. We’ve got a bag of wildflower seeds to plant, as well, which we recently got free from the Cheerios Bring Back the Bees campaign. If you haven’t done so, check out their website, where you can get a free book for your kids and a packet of wildflower seeds (Note: I have no idea which countries can receive the free seeds and book, but it doesn’t hurt to try!).

Admittedly, some plants aren’t doing so well. My kids can be overly eager with the water, we don’t get much sun, it was still below freezing some mornings, and rabbits have been eating all the petals off of the yellow flowers (much to my daughter’s delight). But, that doesn’t really matter. My kids are thrilled to be doing their part to help our local environment, and they’re learning how to be responsible for another living thing. And hey, if it feeds a few rabbits and brings back a bee or two, that’s a bonus.  It’s their smiles that really make it worthwhile.

On the gaming front, OutPost has finally come to an end. It was a lot of fun, and my whole family enjoyed themselves. Despite the many games I was a part of, I never managed to win one of the special convention boons, nor did my husband or any of my kids. Happily, what my kids did manage to win was respect. Both of their GMs from the convention were impressed with their crazy characters and their handle of the game. Not long after the end of their convention games they applied for more. My daughter easily scored herself a spot in another play by post, despite worries about her age, after providing a link to her last game to prove she was a decent player. One of the people who played alongside my kids during Outpost decided to GM a scenario and opened a sign up for prospective players which got a ton of interest. My son’s character earned a spot with ease, with an admission from the GM that he had enjoyed playing alongside my son’s character so much that he was the first person selected to play in his scenario. Suffice to say my son was pleased. Both games have been running for a few weeks now, and are going well.

Closer to home, my kids have been plugging away at the The Shackled City Adventure Path

. It’s been six play sessions, and we’re still in Jzadirune. The end of their exploration is in sight, and soon we’ll be descending into the Malachite Hold! I’ve had to make some changes to the dungeon. After the first few play sessions my son was getting a little bored of all the fights and what felt like a lack of progress. I streamlined the encounters, removed the unnecessary ones, and added some flavourful fluff. We refocused slightly, and have been really paying attention to the things my son’s character recalls from Jzadirune. He did live there as a child, after all! Last session ended with my son discovering his family’s old home, and meeting the ‘King’. He’s grown to love this haunted little dungeon, and has every intention to fixing up when we’re done down there and living in it. What could go wrong?!

My daughter, meanwhile, has been on the edge of her seat, exclaiming after every session, “But, we have to finish it! I have to save my good friend Griffin who I work with! He was supposed to be married! His girlfriend is so sad she cries everyday! We must hurry! He could DIE!” She says the word ‘die’ with such drama. It’s adorable.

Our Crown of the Kobold King

adventure, played by our deliciously evil villains, has creeped along slowly. The group has discovered that the missing children were abducted by kobolds and are hard at work tracking them into the Darkmoon Vale. If you haven’t read about our evil characters, check out our blog posts: Character Focus: Professor McMaan, and Crown of the Kobold King: Part One. 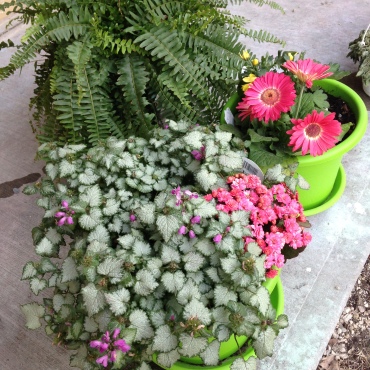 We’re about to undertake a side quest in our Carrion Crown campaign (we’re currently on: Carrion Crown Book 1: Haunting of Harrowstone

), but were stymied by an excess of laundry, and a need to purchase summer shoes. More details on these characters will come in an upcoming blog post.

Out in the wider universe, my family is currently one battle into the delightful Starfinder Scenario #1-03: Yesteryear’s Truth!  They’ve just fought their way past Elytrio’s automated defences, deployed their drift beacons, and are about to touch down on the surface. You can pick up this awesome scenario for a few dollars on Paizo’s website. You’ll need the Starfinder Core Rulebook

to make characters and play.

, and are currently playing through Book two: Empty Graves

My kids have been hard at work creating their own custom adventures, which they’ll be running through as GMs for our family soon. Not long after that they’ll be up on d20 Diaries for your enjoyment. We’re keeping it under wraps for now, but what I will tell you is that they both involve islands, and lost treasure. But, while my son’s gone for a pirate adventure, my daughter’s taken a different approach. And yes, before you ask, hers has some rabbits in it. Haha.

In other exciting news, I’ve cashed in my various gift cards left over from Christmas and have a delightfully tall pile of Pathfinder and Starfinder books to read through sitting on my dresser. I’ve recently finished reading through Pathfinder Player Companion: Legacy of the First World

, and have just begun reading the highly anticipated (in my house at least!) Starfinder Roleplaying Game: Pact Worlds

! My daughter’s particularly excited for the SROs race, for reasons we’ll go into another time.

Now, if you’ll excuse me, it’s time for us to water the plants.

Until next time,
Be green!