Well would you look at this lovely package that arrived in the mail?!

I’m a huge fan of Paizo’s Pawn Collections, but it’s been ages since I’ve got my hands on a new set. Today that changes! It’s time to crack open Starfinder: Dead Suns Pawn Collection!

The Dead Suns Pawn Collection contains over a hundred pawns that include allies, enemies, monsters, and starships. The minis in this set are highly versatile, and definitely going to see some heavy use even after the campaign is over. 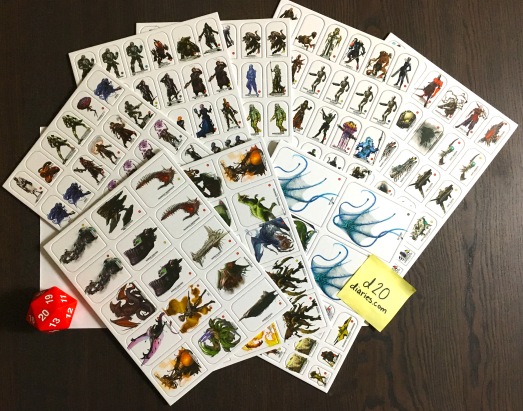 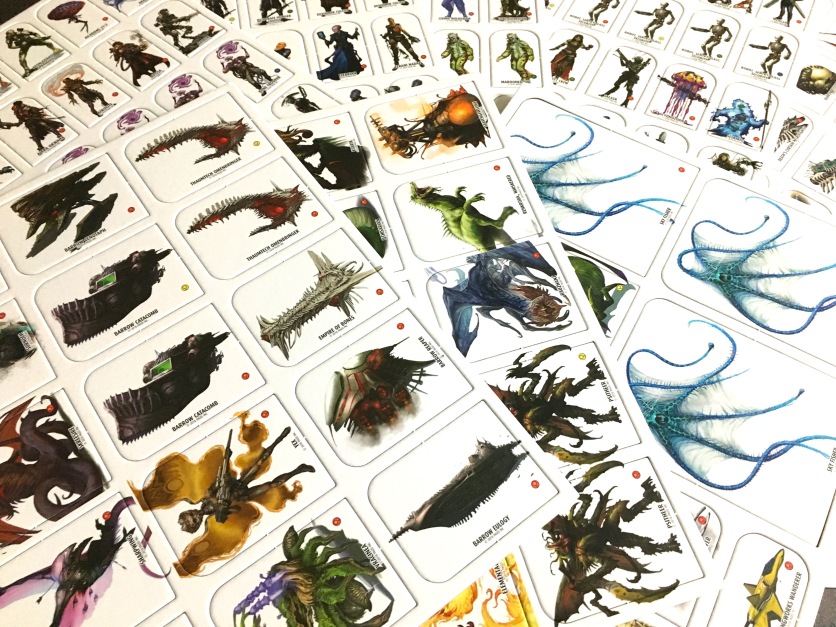 There’s a lot of awesome pawns in this collection, so narrowing down our favourites was tricky! Our favourite medium figures are the dwarf, Durovar Kreel, and the Downside Kings thugs. Both are incredibly versatile, easy to use, and look awesome. Our favourite large pawns are the whiskered renkroda, Ilthisarian, Gatecrasher, and scavenger slime. Why? They look like nothing else I own. Of the big pawns, I like the sky fisher a lot, while for ships I like the Crypt Warden, a ‘Batplane’-like Eoxian ship, and the Barrow Catacomb, which looks fierce!

Now, I know what you’re thinking. Why Dead Suns? It’s been out a while now. Surely I’d rather have Against the Aeon Throne or Alien Archive 2?

It wasn’t a mistake. I adore the Starfinder Society, both it’s structure, low price point, and exciting adventures. 100% huge fan. But, later down the line when I was getting into the world of play-by-post gaming I was looking for some fun Starfinder games to join –– I was up to date with all the SFS scenarios at the time –– when I stumbled across a recruitment for the Dead Suns Adventure Path. I created a character, applied, and was accepted. We had some rough patches at first. Players arguing and some drop-outs. But the GM crafted a really detailed world for us to adventure in, and it showed. Unfortunately, we played together only a few months before the GM stopped posting, and my glitching, emotionless, android mechanic hung up her adventuring shoes. I was disappointed, of course. But, I was also hooked.

So, a short while later, when my brother asked if I’d let him practise GMing a one-shot of Starfinder I hopped at the chance. I offered him one of my SFS scenarios to practise on, but he declined. He owned the first volume of Dead Suns and wanted to give it a shot.

I spent a solid week planning my character. There would only be myself and an NPC run by my brother, and we would only have a single afternoon to play together (while our kids ran around my house causing havoc), so it needed to be something easy to play, and have a personality or background I could capitalize on quickly. Something fun! Something crazy! With a race I couldn’t use in SFS.

I decided to make an ikeshti congregant who left Akiton to make her fortune. She could send her money back home to support her people and adventure for both excitement and coin. Simple motivations that would let her hop into the action. So how, exactly, would she make her fortune? Reality TV! My ikeshti, named T’kesh, would be a reality star known for hunting down exotic prey, cooking it, and eating it. Everything she didn’t eat she would craft into her own line of R2Es named after the episodes and dishes she created! She was a hunter, chef, and daredevil! I decided to call her show ‘T’Kesh: Killer Chef!’ I made her an operative with the explorer specialization. She fought with a knife, tactical pistol, and sniper rifle.

When I told my brother he laughed and decided to create his character to be her cameraman. A mystic lashunta who dreams of creating award winning documentaries, the poor guy was stuck filming my crazed ikeshti’s absurd hunting-cooking show.

Thus prepared we sat down to play. We only got a few minutes into the session before my daughter stuck her head up to the table. She was six at the time, and had only learned how to play Starfinder a week or two before. “Can I play, Uncle?” she asked.

My daughter gave him a pouty scowl and stayed there, stubbornly perched at the edge of the table with her eyes and nose just barely above the tabletop.

Soon the first fight broke out. “Can I at least roll something?” My daughter asked. “I can count, you know.”

My brother said no again, but I’m a sucker for including kids in RPGs. “Oh, let her roll something. She can grab a mini from your bucket and act like a bystander. You use an enemy stat block and she’ll just move and roll. It’ll be fine.”

My brother relented and my daughter peeked into the mini bucket. She found little droid mini from the Star Wars RPG and plopped it on the table. “This is Rabbot!” she announced grandly. “I am an SRO operative with the ghost thing! I will sneak around really quiet like a bunny! I have antenna on my head, and they look sort of like skinny rabbit ears! Also, I am your second cameraman! My eyes record pictures and sound like a camera and my tummy can turn into a stove.” She moved her mini onto the board. “Beep… bop… rabbot… Oh no…. what is with this… fighting…”

When it was her first turn she looked at the board and then looked up at my brother. “Does rabbot have a tactical pistol or an ‘az-ma’ laser pistol? I hope it is a laser one. They shoot way further.”

“YAY!” she moved her mini around behind some cover then snuck up on top of a crate. “Trick attack with stealth!” she yelled, rolling her dice. Then she did her best robot voice. “Beep… bop… rabbot… eat this…” She fired her laser pistol, scored a critical hit, and spent the rest of the fight being an absolute rockstar. She was focused, remembered all her rules, and spontaneously created an adorable, thoroughly entertaining character.

When the game was done my brother left and my daughter grinned, “When do we play next, Mom?”

“We don’t,” I told her. “Sorry, baby. We were just playing Dead Suns that one time.”

“But, Rabbot is the coolest.” She gave me a pouty face then added in her best robot voice, “Beep… bop… rabbot… don’t let me… die…” She stuck out her tongue and closed her eyes, making a very silly ‘dead face.’

We didn’t have time to play another game at the table, so I had to say no. But, weeks passed, then months, and she never lost interest. Eventually, I buckled. Sort of. I told her we could all make characters and try Dead Suns out as a play-by-post. But, it would be up to all of us to take the time to write out our turns. She was absolutely thrilled and forced everyone in the house to get characters made. She insisted I keep T’Kesh, of course, and that she would play Rabbot. My son made a skittermander mystic with the xenodruid connection. He named him Skitt and decided that he tried to be a helpful cameraman too, but he was horrible! In fact, the only reason T’Kesh allowed Skitt on her team was through Skitt’s heavy use of charm person spells. Also, he could talk to animals. My husband gave it some thought and ended up making a space goblin operative with a supercomputer implanted in his brain. He named him Nubb, and decided he could act as an editor for T’Kesh: Killer Chef!

Yes, we had a mystic and a whopping three operatives. SUCH a balanced team (not). Surely this would turn out great…

We didn’t always have the time to post in our Dead Suns campaign, but we never stopped playing it. Just this month both of my kids insisted that their Dead Suns characters were their very favourites and they really wanted to bring Dead Suns to the table. So, we did some shuffling and carved out some time. Dead Suns would enter out weekly game rotation.

I didn’t need to pick up the Dead Suns Pawn Collection. A lot of the minis I already have from the Core Rulebook, Pact Worlds, and Alien Archive could cover what I needed. But, my kids really love Dead Suns, and I wanted to make it special.

Plus, did I mention I love Pawn Collections? What better excuse could I have to pick them up!? Haha.

Minis in hand and statistics transferred to proper character sheets, we’re ready to bring this game to life.

My daughter couldn’t be happier. This morning she looked at me with her big brown eyes and gave me a giant hug. “Thanks for not letting Rabbot die, Mom.”