Today we’re talking about a Kickstarter I’m super excited for: Realms of Atrothia: Primary Expansion which just launched this morning! I’ve already made my pledge (although my children are urging me to give more) and  today we’re doing our part to make this book a reality!

So what is Realms of Atrothia?

In short, Realms of Atrothia: Primary Expansion is a high quality hardcover d20 book that offers players a rich new campaign setting, imaginative character options, and exciting game mechanics to play around with. It’s Pathfinder First Edition compatible, and scheduled to be released this fall. Realms of Atrothia is the brain child of my brother, Kris Leonard. Kris is the founder of Sunburst Games, an independant Tabletop RPG company focused on Pathfinder Compatible content for the next generation.

I’ve had the opportunity to create plenty of content for this amazing book already, which has been an awesome (and time consuming!) experience. Even more exciting, my daughter’s rabbitfolk race will be featured as a new primary race in Realms of Atrothia! She’s over the moon with this development!

“Realms of Atrothia: Primary Expansion is a hardcover book that will surely be the newest addition to any Tabletop Gamer’s library. With an expected release in fall 2019, our Kickstarter just launched this morning. Building upon the legacy of the Pathfinder Roleplaying Game, and the existing d20 game system which is over 35 years in the making, Realms of Atrothia: Primary Expansion includes all new game mechanics, and player options.

Featuring the Realms Campaign Setting, the Ascended system for running a game beyond 20th level, and expanded player content, including new archetypes, base classes, feats, gear, magic items, races, and spells, Realms of Atrothia: Primary Expansion is sure to capture the imaginations of Players, and GMs alike.

You can adventure through a whole new world with lost civilizations, unexplored jungles, and political intrigue abound. Dine with the Hegemony of Kalmarune’s vampire aristocracy. Contend with the Trennian Empire’s claim of national superiority through widespread use of black powder. Push back the ever-expanding armies from the forsaken lands of Xer-Kol whose fanatical peoples serve the whims of the god of corruption bound within their borders. The Realms of Atrothia await.”

Awesome! But, what will we actually be getting?

Packed with over 25 new playable races, Realms of Atrothia: Primary Expansion features an expansive array of racial options including Alternative Racial Traits, Favored Class Bonuses, Racial Archetypes, and Racial Feats. Including fully re-balanced Legacy Races already seen in the Pathfinder Roleplaying Game, as well as new Primary Races such as the Anithrope, Caitsith, Giantborn, Half-Troll, Hecavus, Immortis, Lupine, Minotaur, Rabbitfolk, Tortoisefolk, and Volaris. If that’s not enough, get ready for dozens of Monstrous Races, such as Cyclops, Dracolyte, Gargoyle, Harpy, Oni, Medusa, Moonbeast, Pixie, Sphinx, Treant, and Yeti! These are powerful races which are modified for play at 1st character level, but cannot reach full strength without pursuing the Exemplar Primary Class for one or more levels.

New heroes have arrived with Realms of Atrothia: Primary Expansion. Featuring seven new Primary Classes including Artificer, Erudite, Esoteric, Exemplar, Knight, Priest, and Spellsword, as well as dozens of new Class Archetypes for both the Legacy Classes already seen in the Pathfinder Roleplaying Game and the Primary Classes. In addition they’re introducing a new kind of archetype: Universal Archetypes, which can be taken by any class.

Get ready for a whole new world of adventure! Realms of Atrothia: Primary Expansion includes a new Campaign Setting, the World of Atrothia. Featuring over 25 new deities, including the redeemed knight Davros, and the corrupter Xeronoth, and more than 50 regions to explore, such as the undead aristocracy of the Hegemony of Kalmarune, the pinnacle of prosperity that is Palisade, and the unexplored reaches of the Mogen Wildlands.

But, that’s not all! There’s new equipment, magic items, spells, and feats for characters of all kinds. There’s also new game mechanics, including the Ascended System, which allows for high level play past 20th level, and ascending to godhood!

To learn more about Sunburst Games, Realms of Atrothia, and their products be sure to check out their website: SunburstGames.com! Want to support the Kickstarter, see some awesome artwork, or find out more? Click here! You’ll be happy you did!

Thanks for joining us today. We hope you enjoy taking a look at Realms of Atrothia! 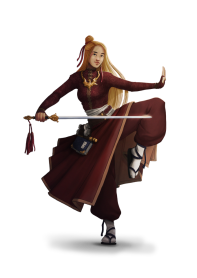 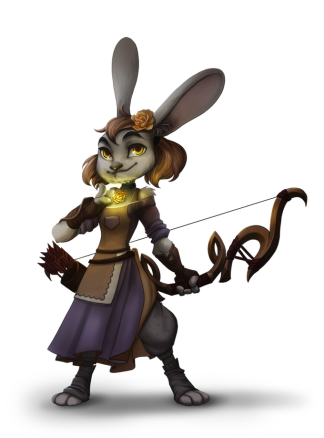 Check out some of the wonderful art that will be featured in Realms of Atrothia: Primary Expansion! Art courtesy of Sunburst Games. Illustrated by Rigrena.