Hello, and welcome back to d20diairies! Today we’re taking a look at September’s new d20 releases!

September is a huge month for Dungeons & Dragons, with the release of a new adventure, associated accessories, two new children’s novels, and a board game expansion! 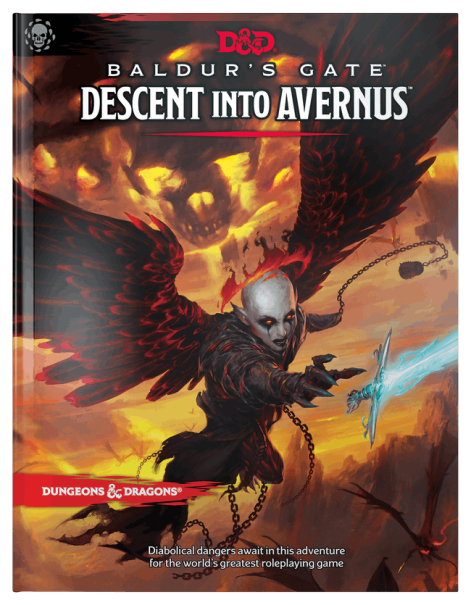 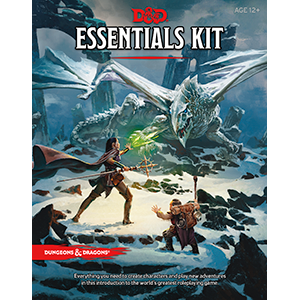 is the first expansion for the easy to play card game, Dungeon Mayhem, which my kids absolutely adore. With art by Jake Parker, the expansion includes two new decks featuring the ranger Minsc (with his miniature giant space hamster, Boo), and the shapeshifting druid Jaheira. This expansion went right onto my kids’ wish list for Christmas. For more information on Dungeon Mayhem check out our review of the game here.

Finally, at the start of this month two new kids novels were added to the Endless Quest lineup. Written by Matt Forbeck, Endless Quest: Escape from Castle Ravenloft

casts readers into the role of a cleric trapped in Count Strahd’s castle, and Endless Quest: The Mad Mage’s Academy

casts readers in the role of a foolhardy thief set on stealing the spell book of the Mad Mage himself. What could go wrong?! For full details on the newest Endless Quest books check out our review on them here. 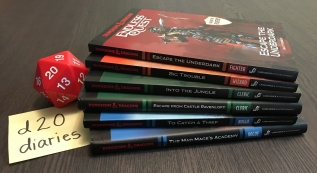 Last month marked the launch of Pathfinder Second Edition, so there were a ton of new releases meant to welcome gamers into the new game system, include Pathfinder Core Rulebook 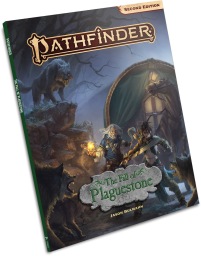 Pathfinder Adventure: The Fall of Plaguestone

Pathfinder Adventure Path: Cult of Cinders (Age of Ashes 2 of 6)

This month may be slower, but there’s still plenty for fans to explore. The Age of Ashes Adventure Path continues with Pathfinder Adventure Path 147: Tomorrow Must Burn, written by Ron Lundeen and Stephanie Lundeen. There’s also the Pathfinder 2e Critical Hit Deck 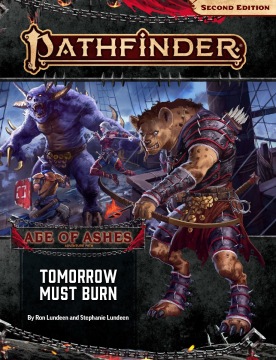 Tomorrow Must Burn (Age of Ashes 3 of 6) 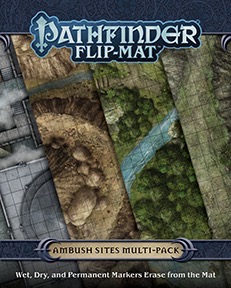 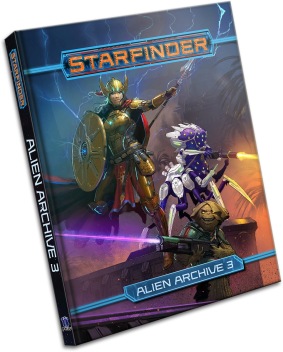 Everybody Games continues their ‘Files for Everybody’ line of Pathfinder Second Edition compatible products with Issue 3: Divination Spells, by Thilo Graf, and Issue 4: Stealth Feats, by Dustin Knight. Previous issues include Issue 1: Nashi, by Alex Augunas and Issue 2: Acrobatics Feats, by Dustin Knight. Everybody Games has also launched Cards for Everybody: Core Fighter Deck, a full-colour 98-card deck that contains all of the fighter feats from the Pathfinder Core Rulebook.

Monte Cook Games released a free download that discusses how to include mature content in roleplaying games in a responsible manner, particularly in regards to content consent from your players. Consent in Gaming is written by Monte Cook and Shanna Germain.

Rogue Genius Games released the first of its Monster Omnicrons, a series of short one monster, two stat block, articles compatible with the second edition of the Pathfinder Roleplaying Game. This month’s release is Monster Omnicron: Pyreborn, by Luis Loza!

And that’s what we’re touching on this month! Got a favourite release? I’d love to hear about it!

Paizo Inc. has announced the launch of the second edition of the Pathfinder Roleplaying Game on August 1st, 2019! With over nine releases in August and more to come the following month, Pathfinder Second Edition is scheduled to launch with a BANG!

“The launch slate provides everything you need to set out on a world of limitless fantasy adventure,” said Paizo Publisher Erik Mona. “With more than 20 years of active development and playtest feedback from more than 125,000 gamers, the new Pathfinder rules are easy to learn and exciting to master. We can’t wait to see the diverse and deeply customized characters the RPG community will create!”

is THE BOOK. The one you need no matter who you are and what role you take at a gaming table. Packed full of all the rules players and Game Masters need to play Pathfinder Second Edition, create characters, and run games, the Core Rulebook is a must have. Said to contain streamlined rules and intuitive presentation, Pathfinder Second Edition features the same deep character customizations we all love, allowing for unique characters and boundless creativity. Weighing in at an impressive 640 pages, the Core Rulebook contains game rules, advice, characters options, treasure, and more. There’s six ancestries to choose from (elf, dwarf, gnome, goblin, halfling, and human, as well as the variant human half-elf and half-orc), twelve classes (alchemist, barbarian, bard, champion, cleric, druid, fighter, monk, ranger, rogue, sorcerer, and wizard), thirty backgrounds (such as apprentice, bartender, and soldier), and hundred of spells, feats, and other character options. The hardcover will sell for $59.99 American, while the deluxe hardcover (bound in faux leather with metallic deboss cover elements and a bound-in ribbon bookmark) will sell for $79.99 American.

is packed with around 400 monsters spread over 360 pages. This means that not every monster will get its own page and artwork, although there’s said to be full-colour illustrations on nearly every page. While statistics will fill the pages, sidebars are going to contain lore. In Bestiary you’ll also find the always handy Universal Monster Rules, guidelines for awarding treasure, and a variety of monster lists sorted by different qualities (like level, type, and rarity). Many of the creatures in the Bestiary will be familiar, but new creatures are also included (like the “living-nightmare nilith and the three-headed mutoli”). The hardcover Bestiary will sell for $49.99 while the Deluxe Hardcover will sell for $69.99 (bound in faux leather with metallic deboss cover elements and a bound-in ribbon bookmark).

is basically the new Inner Sea World Guide, with ‘Lost Omens’ being the new name for the Golarion campaign setting. This 136-page hardcover book sorts the Inner Sea into ten regions, and talks about each one. ‘The Saga Lands,’ for example, is a region which encompasses the Lands of the Linnorm Kings, Varisia, New Thassilon, Irrisen, and the Realm of the Mammoth Lords. Each region also contains backgrounds and archetypes thematically tied to the region. Finally, the Lost Omens World Guide contains a giant, two-sided, fully-detailed, poster map of Golarion. Let me repeat that: of Golarion, not the Inner Sea. Awesome! Want to know more about Tian Xia, Casmaron, and other areas outside the Inner Sea? You’ll have to wait — but hopefully not for too long. Lost Omens World Guide is the first book in the Pathfinder World Guide line, which will continue to release region specific books (like those currently in the Pathfinder Campaign Setting line) in a larger, hardcover format, to allow for greater exploration of the world of Golarion. Lost Omens World Guide is $36.99.

In addition to important rulebooks, Paizo is releasing two print adventures: Hellknight Hill, and The Fall of Plaguestone.

Age of Ashes is a six-part, monthly adventure path that begins with book one: Hellknight Hill. Said to contain “continent-spanning conflict against cultists, slavers, and a fiery draconic devastation that could unleash an Age of Ashes upon the world,” this is sure to be an exciting campaign! Set in Isger, Hellknight Hill begins when your PCs investigate mysterious fires which burn atop “the towers of a nearby citadel long ago abandoned by an order of Hellknights.” Written by Amanda Hamon for first level characters, Hellknight Hill will also contain a gazetteer on the town of Breechill (the starting location for this campaign), a GM guide Age of Ashes, new magic items, and over six new monsters. Hellknight Hill (and presumably all the follow-up adventure path volumes) will sell for $24.99.

The Fall of Plaguestone 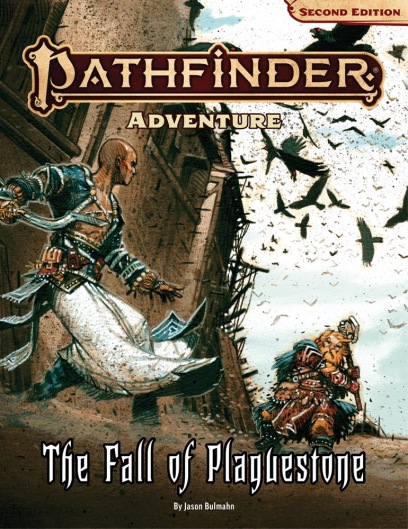 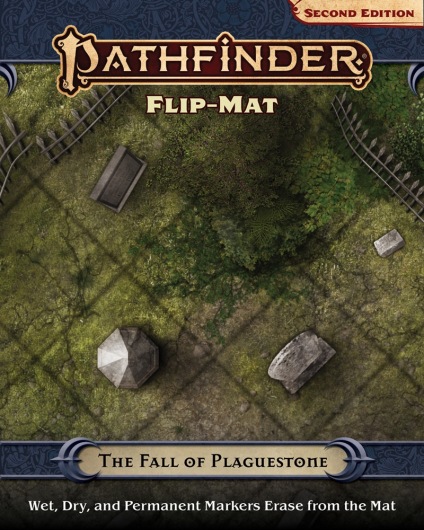 Pathfinder Flip-Mat: The Fall of Plaguestone

Paizo is partnering with the awesome folks over at Dwarven Forge to release a deluxe set of pieces which will allow you to create encounter areas from The Fall of Plaguestone! Which is amazing, by the way. If you haven’t seen any of the Dwarven Forge terrain you should definitely check it out. They make gorgeous 3D terrain and map components, although be warned: it’s expensive!

Finally, Paizo is releasing five other accessories for Second Edition. First up? A GM screen! Featuring beautiful artwork on one side and handy charts, tables, and information on the other side, these high-quality screens are really useful. Available in a landscape style with art by Ekaterina Burmak, or in a portrait style with art of the Iconics by Wayne Reynolds, GM Screens are $19.99.

Up next? Pathfinder Combat Pad, which is basically a double-sided, magnetic, dry and wet erase board that functions as an initiative tracker. It comes with two sheets of magnets, which break down into 13 blue player character magnets, 13 red enemy magnets, 9 green NPC magnets, two round arrows, two turn arrows, and two next round magnets. Pathfinder Combat Pad sells for $24.99.

Pathfinder Character Sheet Pack is a set of class-specific, double sided, black and white character sheets. This set contains one character sheet for each of the twelve classes, as well as extra sheets for equipment and spells. The character sheets come in a folder and costs $14.99. 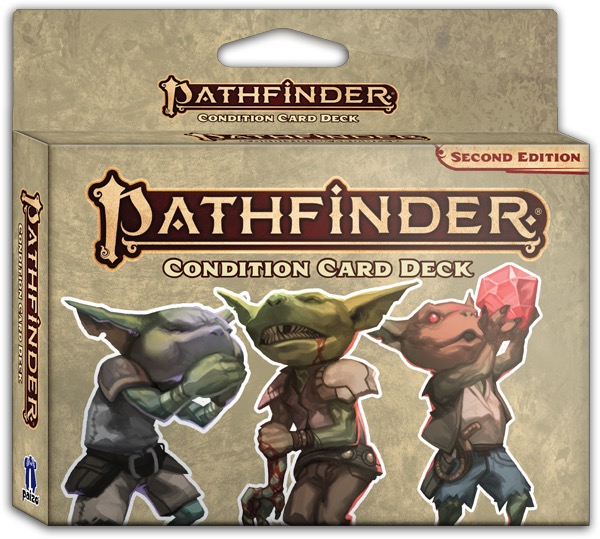 In addition to these awesome products, the Pathfinder Society Organized Play program will release two scenarios and a short quest every month!

For more information on Pathfinder Second Edition, it’s products, and to preorder, head over to PathfinderSecondEdition.com